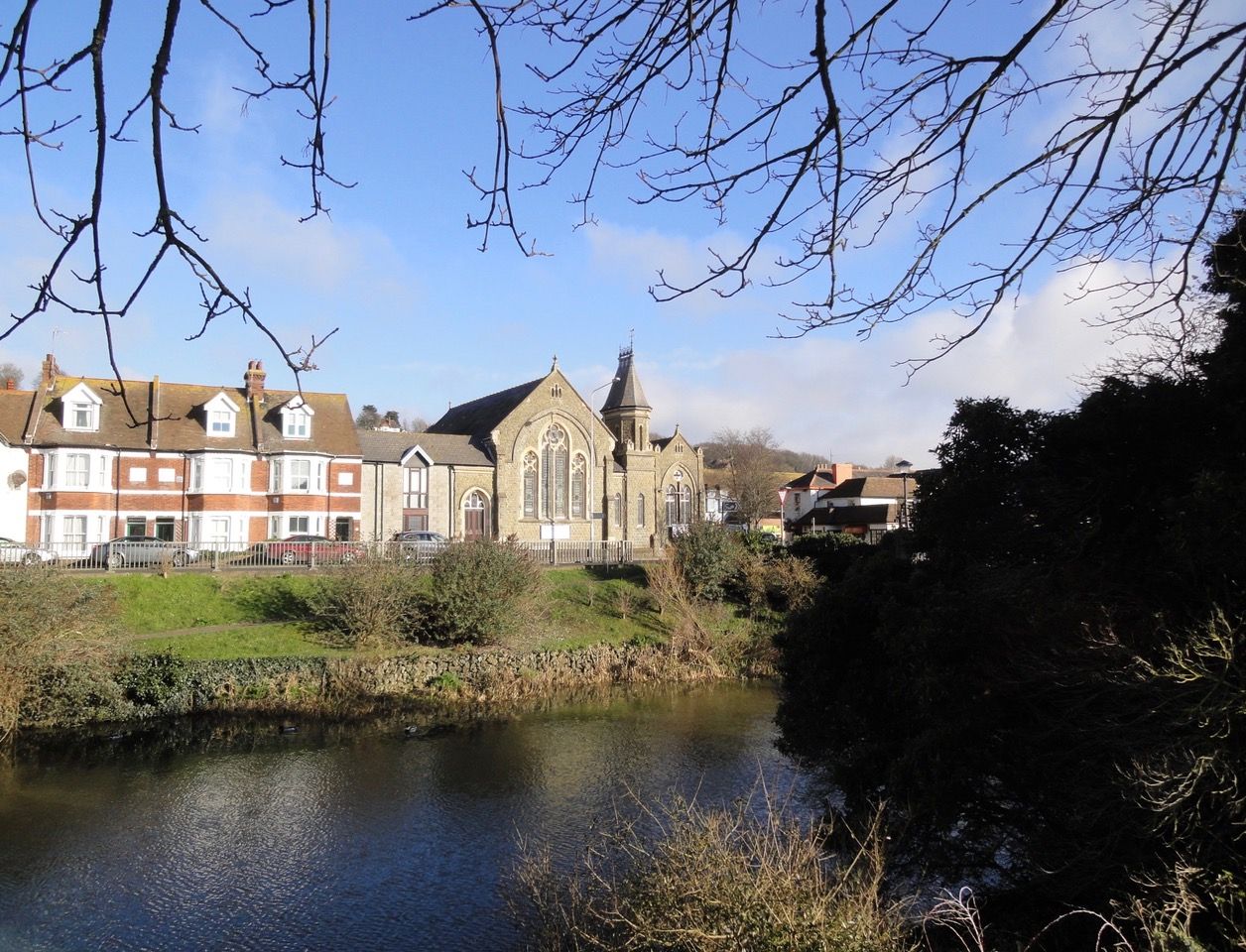 One of the landmarks of Hythe town centre is the Tin Tabernacle,  now an event space, venue and gallery, but previously consecrated as St Michael's church.

The congregations of St Michael's and Hythe Methodist Church (pictured left from across the Royal Military Canal) had been close for many years, worshipping together in each other's churches on occasion and sharing in each other's festivals. In mid-2010 they decided to enter into a formal Church Building Sharing Agreement, and on 2 October 2011 the relationship was cemented in spectacular fashion when the St Michael's folk crossed the Royal Military Canal to move into the newly named St Michael's Methodist-Anglican Church Centre for an inaugural service.

Initially it had been thought that the two congregations would retain their separate identities but, as we met and talked, it rapidly became evident that we shared much in common with little to keep us apart. We decided therefore that the two congregations should henceforth worship together as one. Our Services, including Holy Communion, now embrace both Methodist and Anglican forms.  Service-times are listed on our Worship page and in the Weekly Notices on the Welcome page.

The Parish of St Leonard, Hythe